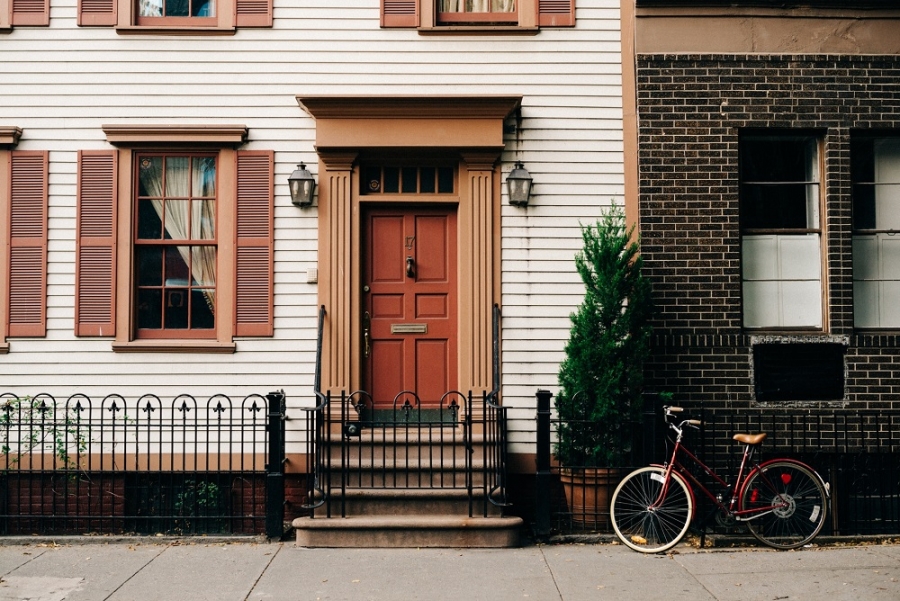 When my husband and I lived in the city we were pretty lucky in that only a few of our packages ever got stolen from our front door steps. It helped that our front door had a little nook that drivers could discretely tuck our packages into, hiding them away from thieves (or porch pirates as they’re commonly referred to) in our neighborhood. My neighbors though weren’t so lucky as many of them saw their packages mysteriously disappear.

Stolen packages aren’t just an issue in my city- it’s a nuisance that happens around the world. A driver delivers a parcel on a doorstep, but before the recipient can claim it, a porch pirate intercepts it - leaving the owner angry, frustrated, and confused.

The number of packages getting stolen is rising – a 2017 survey by Package Guard claims that 11 million people had their packages stolen within the 2016-2017 year. A majority of those packages (74%) were stolen during the day when many people were at work and were unable to accept the deliveries. The “last mile” delivery of any package is always the most vulnerable. Up until that point the shipping company has the item in their possession. Once it gets placed on the doorstep and left unattended- anything can happen.

In the past few years Amazon has set out to change that. In 2017, they announced Amazon Lockers. Amazon Prime members get their items shipped to a public location such as a grocery store or a gas station. The items are stowed away in a locker and the only way someone can get that item is if they have the combination. The customer simply keys in their unique access code and retrieve their package.

This isn’t the only way that Amazon is attempting to ensure that all of their packages make the last mile of their journey safely. They’ve also introduced a program called Amazon Key Services that they’ve rolled out in numerous states and cities which aims at making it harder for porch pirates to win. In the past few years they have experimented with the idea of drivers leaving items in the trunk of a person’s car or even in their house. Results have been success. Expanding this service, Amazon recently announced that they will start leaving packages in owner’s garages in participating states and cities. Amazon Prime members with a myQ-compatible garage door opener from Chamberlain or LiftMaster are eligible for this service. The service does come with a fee and can cost participants around $400 after they purchase an Amazon Prime subscription ($119), the garage door opener ($50-80), and the Amazon Cloud Cam ($125-$200) to monitor one’s garage. While this is a steep price to pay- homeowners may find that purchasing this equipment is worth the peace of mind.

With so many ways for drivers to ensure packages get to their destination safely, Amazon is proving that the last mile of any package’s journey doesn’t have to be uncertain. By choosing to ship your items to a public locker or using Amazon Key Services, members can rest assured that their items will get to them safe and sound.

Read 1906 times
Rate this item
(0 votes)
Tweet
Tagged under
More in this category: « Why EDI is not sufficient for tracking the cold supply chain and what is the solution. Drones Are Becoming Part of the Logistics Industry »