CLOUD and SaaS for Supply Chain

We know that EDI does not operate in a vacuum, but instead “ties into” other systems at both the sending and receiving ends. We now know that EDI can run in a Cloud. Being that I have experience in manufacturing, I drew a chart to depict what a “traditional” manufacturing flow chart looks like when we interject “cloud” technology.


If we are a manufacturing company and looking at the CLOUD, aren't we concerned with the whole “Supply Chain”, not just the EDI element? I took what I have used previously called “Integrated Supplier Management” with a view of basing it on the Cloud. See my attached chart.

I feel the relationship between Cloud Computing and SaaS is more clearly understood within a business context and not a technological one.

SaaS can be thought of as a subset of Cloud Computing. "Cloud" refers to anything involving computation, storage, or applications on the Internet and includes also the hardware and infrastructure to accomplish this. SaaS refers to applications available to be hosted on the Internet; a well-known example is Salesforce.com.

"Software-as-a-Service” is about delivering applications as a service over the Internet in a pay-as-you-go model. There are SaaS leaders across multiple categories of applications, including Oracle),and many more. 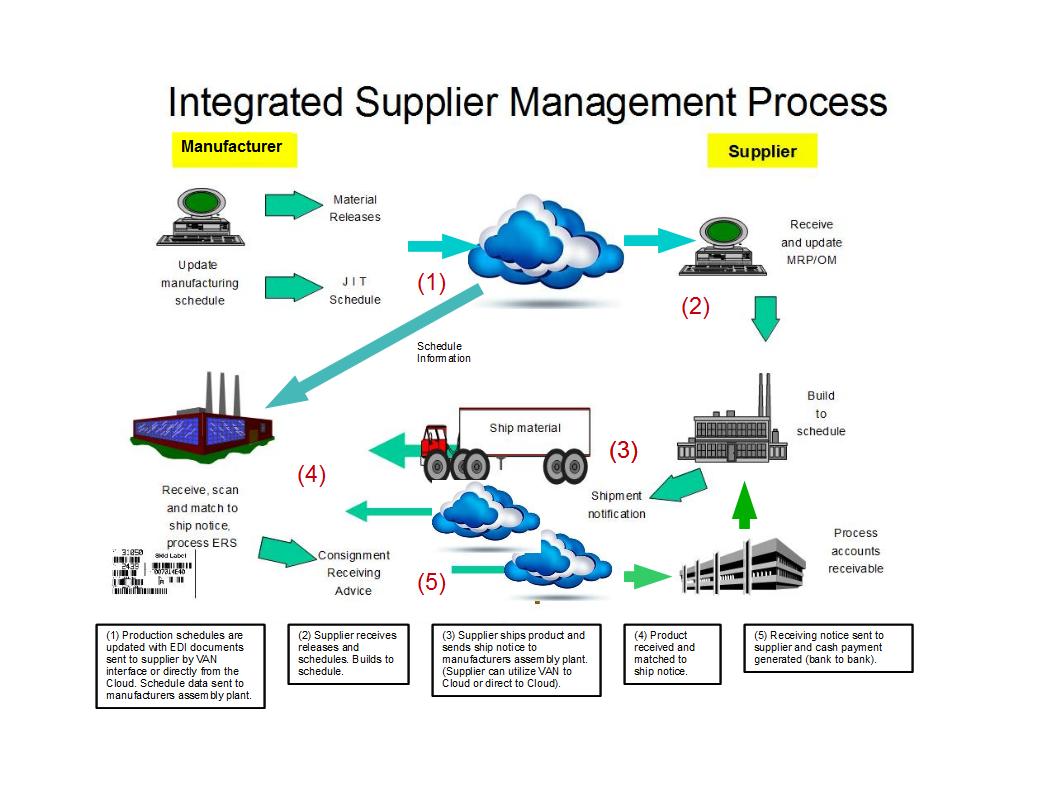 What’s the up side? We do not have to manage anything inside the Cloud. By the way, this used to be called “time-share”.

What’s the down side? We cannot “customize” the SaaS service without paying a sizable fee. Also if we wanted to integrate data across SaaS services, we must build special bridges. Integration of Corporate Services using a SaaS approach can become quite messy.

In this model, an entire business process; and set of IT applications, run in the Cloud.