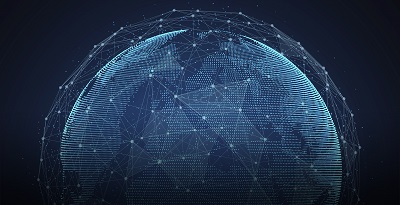 According to recent financial technology (FinTech) industry data, “billions of dollars have been poured into blockchain companies” as of September 2017, with initial coin offerings or token sales climbing to roughly $2 billion compared to just $256 million in 2016. Private investments into blockchain companies exceeded $4.5 billion from Q1 through Q3 of 2017—including the $3.6 billion acquisition of Canadian FinTech firm DH Corporation by Austin-based Vista Equity Partners and more than 150 additional blockchain transactions totaling $965 million—versus the $624 million raised over the same period last year.(1)

Yet despite growing interest among investors, blockchain has not yet gained wide consumer acceptance. Monica Eaton-Cardone, an IT executive specializing in FinTech, risk management and fraud prevention, addresses consumer skepticism and spotlights the advantages of blockchain technology.

Blockchain is a distributed ledger system that was introduced in 2008 as the mechanism behind the cryptocurrency known as bitcoin. While some believe these two technologies are inextricably linked, bitcoin is just one of roughly 700 applications that use the blockchain operating system.(2) Rather than relying on a centralized administrator—such as a bank, government or credit card clearinghouse—to manage transactions, blockchain validates the transactions, organizes them into time-stamped blocks, securely chains them together and distributes them across a decentralized network of databases that is continuously synchronized. Tampering is easier to identify with blockchain than centralized networks, since all participants have a copy of the transaction and any alteration will create a mismatch in subsequent blocks.(3)

“By its very design, blockchain has transparency and trust built into its foundation,” noted Eaton-Cardone, who serves as Chief Information Officer (CIO) of Global Risk Technologies and Chief Operating Officer (COO) of Chargebacks911. “As a result, you avoid the single point of failure than can occur with centralized systems, as in the case of the recent Equifax breach that impacted 143 million Americans. Yet many consumers remain skeptical of blockchain because they perceive it to be a new and risky technology, and some express concern over cryptocurrency hacks—even though these are often linked to human error when the owner falls prey to scammers.”

Eaton-Cardone emphasizes that it is important to distinguish bitcoin and other cryptocurrency from the blockchain system that supports those digital transactions. As Financial Times technology reporter Sally Davies describes it, “[Blockchain] is to bitcoin what the internet is to email: a big electronic system, on top of which you can build applications. Currency is just one.”(2) Even if consumers and businesses remain leery of cryptocurrency, Eaton-Cardone encourages them to explore some of the many other uses of blockchain technology. Among those applications are peer-to-peer payments, smart contracts, digital voting, supply chain tracking, exchange of goods and secure data transfer, including the use of digital fingerprints as a universal form of personal ID.

Though it’s much more difficult for hackers to break into a blockchain than a centralized system, they can still attempt it by bribing 51% of the network to alter the ledger (known as the “51% hack”) or by launching an Eclipse attack that disables one of the network’s nodes and prevents it from communicating with other nodes.(4) However, industry insiders note that blockchain offers many benefits over centralized systems: anything of value can be transferred and saved securely, without fraudulent alterations; transactions are irreversible and instantly verifiable through an expansive global peer-to-peer network; and users can bypass intermediaries (banks, governments, etc.) that entail additional costs and can be prone to human error, fraud and corruption.(4)

“When comparing centralized versus distributed systems, I believe the advantages of blockchain far outweigh any perceived risks or shortcomings,” stated Eaton-Cardone. She believes hybrid approaches, such as the centralized platform and distributed recordkeeping used by the Legolas exchange, will help consumers acclimate to blockchain and gain confidence as the industry transitions to fully decentralized systems. “As with all financial and online transactions, users should assume responsibility for educating themselves on fraud prevention and learning how to avoid scams. I still hold to my previous blockchain technology analysis—it has the potential to revolutionize digital transactions with faster, cheaper and easier-to-use services.”

Monica Eaton-Cardone welcomes the opportunity to discuss fraud prevention, FinTech and security best practices at upcoming industry conferences and events, where she frequently participates as a featured speaker. She is also available for interviews and future speaking engagements. For more information, visit http://monicaec.com.

Monica Eaton-Cardone is an accomplished entrepreneur, speaker, author and industry thought leader who is internationally recognized for her expertise in risk management, chargeback mitigation, fraud prevention and merchant education. Eaton-Cardone found her calling as an entrepreneur when she sold her first business at the age of 19. She later became an eCommerce merchant; and after grappling with chargebacks and fraud, she took it upon herself to develop a comprehensive, robust solution that combined agile technologies and human insights. Today, Eaton-Cardone’s innovations are helping thousands of organizations achieve sustainable growth, and she continues to pioneer loss-prevention best practices as CIO of Global Risk Technologies and COO of Chargebacks911. Eaton-Cardone is a champion of women in IT and business leadership, and aims to inspire the next generation of young innovators through her nonprofit organization, Get Paid for Grades. Get to know her at www.monicaec.com.