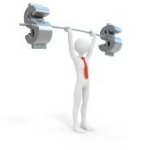 Earlier installments of "The Payoff" pointed to the energy Mastercard and other companies are putting into digital payments. Apple, Sprint, and Visa recently upped their bets in this area: Apple unveiled its "Passbook" for management of ticket and loyalty-card portfolios, Sprint is rumored to be launching a digital wallet called "Touch", andVisa pushed its "V.me" service to a beta release in co-ordination with online retailer Buy.com. Google, meanwhile, continues to pour money into Google Wallet; along with other experiments around the world, the company acquired mobile payments technology company TxVia this spring. TxVia has already accumulated 100 million accounts in its five years of operation.

Apple's approach is interesting. While the company has the engineering and financial clout to dominate whatever it attempts, it has moved relatively cautiously into digital wallets. As with many of Apple's offerings, Passbook emphasizes consumer convenience. Although it hasn't been officially released yet, it appears that Passbook opensautomatically when the bearer enters a participating physical store, such as a grocery, cinema, or airline terminal. As important as security, reliability, and familiarity are, everyone from Neilsen surveys to MarketWatch reviewers seems to agree: convenience is paramount, at least for the US market. In this perspective, digital payment represents a real opportunity for physical stores to take back some of the ground lost in the last few years to on-line shopping.

Another sign of how hot this area is: conferences like Social Mobile Payments: Americas are already sprouting up to digest the action. As the CARTES trade show, which has selected "mobile payment" for its 2012 theme, puts it, "the e-wallet Big-Bang is under way." Over the next couple of weeks, "The Payoff" will look at a few of the interesting technical details of several different specific payment applications already in use around the world.