Is the Future of EDI in Blockchain? Featured 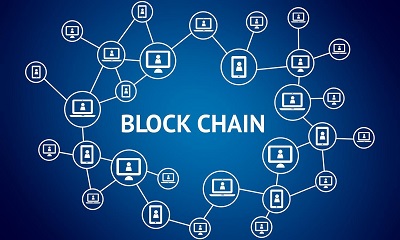 EDI documents and the supply chain data ecosystem seems to be pretty secure. By secure I mean that it’s rare to hear of any cyber breaches affecting commerce. Most often cyber attacks are identified in POS systems and other environments where consumer information is stolen and sold. But just because it isn’t a hot news topic doesn’t mean it can’t or doesn’t happen. And because the documents that run the order processing systems across the globe were created long before cyber warfare was a real threat, new ways of protecting them are being introduced.

The days of sending open text documents containing EDI, XML, or any other text data documents may be coming to an end with the advent of more secure distributed technologies like blockchain. Blockchain is best known as the data format behind Bitcoin, the cryptocurrency that offers secure and anonymous money transfer. But its use is expanding beyond the somewhat secretive use as a banking and credit card substitute as companies find ways to incorporate it into their own products.

Gartner observes blockchain technologies as being at the top of its Gartner Hype Cycle for Emerging Technologies, saying “blockchain will have a transformational impact on business” and industries.” And it’s already becoming part of the B2B landscape as companies like IBM incorporate it into their efforts. But as we’ve seen in the past, changing the underpinnings of the supply chain data exchange systems isn’t easy and it certainly doesn’t happen fast. Just look at how the predictions about XML and AS2 supplanting EDI worked out. They are now part of the ecosystem but haven’t replaced the enormous footprint that EDI has established over years of adoption and adaptation.

As with previous supply chain disruptors, blockchain is set to take over and totally change the way B2B transactions take place. To be sure, the security and distributed nature of blockchain based data transfer offer advantages to almost every participant along the path of the data. All that is except the entrenched EDI service providers who depend on managing the collection and distribution of EDI documents as the basis for their existence.

Centralized document distribution services by themselves will be threatened by blockchain’s distributed format in which copies of transactions are located in many easily accessible locations. That in itself disrupts the old store-and-forward model that initially drove the EDI services and gave them leverage over their customers.

However there will still be the need for data translation services that have become a more important component of the EDI service providers’ portfolio.

What’s your take on how blockchain will affect your business?

Read 8353 times
Rate this item
(0 votes)
Tweet
More in this category: « Some Reasons Blockchain is Gaining Traction Chatbots in the Chain »