It's a New Chain Featured 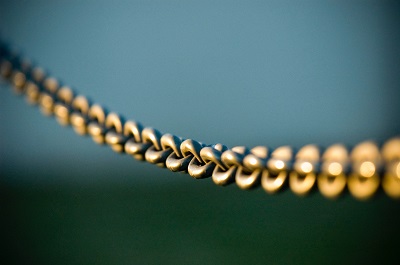 If you had been involved in the supply chain 2012 and took a leave of absence till the beginning of 2018 you would have walked into an industry that has changed significantly in terms of technology. Some of the new tech may have been obvious to general IT managers who live in the world of change. But some of the changes are surprises to almost everyone. Here are a few of the tech that’s trending according to MHI’s 2018 Annual Industry Report.

Cloud computing - This is the obvious tech that is taking over everywhere and supply chain technologies are quickly migrating to cloud environments because of their global availability, easy scalability, and perceived cost advantages.

Sensors - Sensors of all types are being used to monitor conditions and locations of goods from manufacturing to delivery and even during use at their final destination. The increased deployment is likely to grow even more rapidly as capabilities expand and costs decline.

IoT - Sensors generally connect through smart devices connected to networks. The Internet of Things makes products smarter and lets end users monitor and control how their products are working. They are finding more uses in smart logistics applications that connect goods and vehicles during transport.

Blockchain - Still relatively low on the scale of implementation, blockchain technologies are predicted to take on more importance as secure data storage and fast access to information become top priorities for companies of all kinds.

3D printing - New printers with increasing varieties of materials are making distributed manufacturing a reality. Speed of production remains an issue and still can’t match high speed manufacturing outputs, but ease of customization and local delivery of goods is finding more acceptance and use cases.

Artificial intelligent - The range of application of AI is growing as data is used to emulate some human actions. Voice response in forms like Google’s Duplex that can effectively emulate human speech interactions will transform routine conversations and the way we interact with computers.

MHI describes the rates of adoption of these and more technologies that are blanketing the supply chain in their report. But as impressive as these few examples are, we still don’t see what’s on the horizon over the next five or six years. Hold on for the ride.

Last modified on Monday, 28 May 2018
Read 1764 times
Rate this item
(0 votes)
Tweet
More in this category: « Supply Chain Visibility with IOT Blockchain to shape next generation supply chains in healthcare »