Supply Chain Security Is Only One Top of Mind Issue 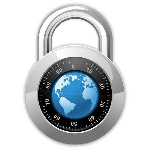 A new study by accounting and consulting firm BDO USA looks at concerns tech companies have about their global supply and distribution chains. Supply chains are not to be broken. But there’s plenty of risk that they might, and that risk – or at least concern over that risk – seems to be growing.

In an annual report from accounting and consulting firm BDO USA, 88 percent of U.S. technology companies cite concerns over reliable suppliers, vendors, distribution of products and services, as well as the global distribution chain.

That percent has risen consecutively. In 2010, 75 percent of tech companies had those concerns, and in 2011, 86 percent did. The findings are part of the 2012 BDO RiskFactor Report for Technology Businesses, which analyzes the most recent SEC 10-K filings for the 100 largest publicly traded technology companies in the U.S.

As many of you know, these findings aren’t terribly surprising, and concerns about supply chain breaks and interruptions are nothing new. I remember back in the fall of 2005, talking with United Technologies about its concerted effort to manage supply risk – this at a time when hurricanes Katrina and Rita had knocked many companies' supply chains completely offline. Facilities in Gulf Coast region had to close up and and wait out the storms, shipments weren’t able to reach port, and railroads and roadways were blocked for days.

Risks don’t just come from Mother Nature. The recent recession – and ongoing sluggish economy – have affected sales, investments, budgets, credit and more, which in turn affects supply chains. There are ongoing political and military risks in various parts of the world, terrorism, even wars. Supply chains are also vulnerable to changes in tariffs and customs, as well as environmental and other regulations. And of course, the potential for security breaches remains.

During that season, with two hurricanes, United Technologies Corp. was prepared. The company had invested in a strategic system that measures and watches the performance of all its 23,000 suppliers and alerts United Technologies whenever a problem arises that could affect the flow of supplies into any of its businesses. The system was designed to circumvent a crisis by knowing beforehand if a supplier is headed for financial trouble, slips in quality, or has difficulty delivering an order, and then taking proactive steps to fix the problem.

The BDO USA study focused on what technology companies worry about, and considering the recent natural disasters, such as the 2011 Japan earthquake, floods in Southeast Asia and other natural disasters, it makes sense that natural disasters and geo-political issues are a concern. In fact, 88 percent of companies cited those risks in this year's study, up from 81 percent in 2011. Seventy-three percent of U.S. tech companies (versus 68 percent in 2011) are worried about the maintenance of their infrastructure and information systems. And 71 percent cited breaches in security as a major risk, up 25 percent from 2011. According to BDO USA, the popularity of e-commerce and increased use of mobile devices are contributing to this concern.

According to the survey, here are the top 20 risk factors cited by the 100 largest U.S. technology companies in 2012:

The BDO USA study does not delve into how technology companies are facing these concerns. Perhaps many are working to mitigate them with automated, strategic systems such as the kind United Technologies began leveraging several years ago. I’m curious, what keeps you all up at night, and how are you addressing these concerns?

Last modified on Thursday, 24 May 2012
Read 1481 times
Rate this item
(0 votes)
Tweet
Tagged under
More in this category: « Start With Core Functions to Pick the Right Tool for the Job Focus on Functionality »