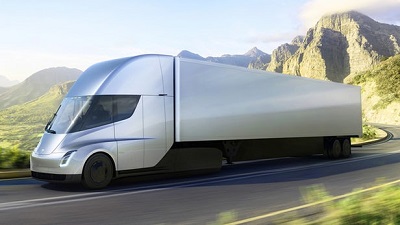 This week Tesla announced its new line of Tesla Semi electric trucks. The company does an interesting job of reverse-hype in the ‘promise less / deliver more’ kind of way and according to those attending the event this introduction was no exception. Semis are the mainstay of logistics company around the world and while it’s too soon to know how big an impact Tesla’s all-electric vehicles will have, it’s safe to say they will change the vehicle industry. But will it make any noticeable changes to the supply chain?

Aside from the obvious fact that these trucks rely on electricity rather than diesel fuel there are a number of features that are long overdue changes to the standard semi truck.

Cost per mile is a significant differentiator. Traditional fleets have slowly incorporated some mileage enhancing features like wind screens and tail wind directors. But they’ve been lagging European designs that incorporate wheel covers and close-attached cabs that eliminate wind drag. And the typical boxy cab design does nothing to help lower wind resistance. The Tesla Semi manages to reduce overall cost per mile to $1.26 from the typical diesel cost of $1.51. We don’t know the specifics yet but certainly some of those savings come from its streamlined design. The cab has a coefficient of drag (cD) of 0.36 which betters that of the $2.7 million Bugatti Veyron sports car at 0.38. The costs of delivering goods by land is significant in overall competitiveness and the claimed 16% reduction in cost can deliver a competitive advantage.

Reduced maintenance costs
The Semi relies on electric motors that don’t require shifting. This changes the skill level and probably the amount of effort required by drivers but it also means the vehicles require much less maintenance. Each of the four axles have their own electric motor that doubles as electronic brakes that recharge the batteries during braking. That may be one reason the unit’s brakes are said to offer ‘basically infinite’ life. Of course removing the internal combustion engine and all its complexity and the transmission means less maintenance as well.

Electronics are built into the design of the Semi in several ways and some that we probably don’t yet know about but Tesla’s Enhanced Autopilot driver assistance technology helps keep the vehicle in its lane and maintain speed. It also has built in caravanning that lets multiple trucks follow each other to reduce wind resistance even further. Surround cameras are shown on the touch screens that take the place of the dashboard and present full views of blindspots. It wasn’t disclosed at press time but some form of automated docking would seem to be a minor technological addition that could further simplify the driver’s job.

New FMCSA ELD rules are in place this year demanding enhanced logging and record keeping and the tech is built into the Semi. The details again, were not released but it’s easy to assume many of the manual checklist items required will be automated.

There are plenty of additional ‘wow’ factors in these new trucks like acceleration to 60 mph in 5.0 seconds when empty and steady 5 percent grade speed of 60 fully loaded. But the news for supply chain professionals centers around cost reduction and increased reliability.

Read 2186 times
Rate this item
(0 votes)
Tweet
More in this category: « The Impact of Reverse Logistics How The Global Logistics Software Market Is Growing Significantly – And What This Means »