Voice is the new interface Featured 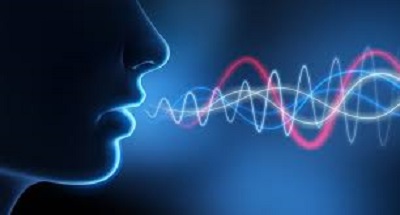 If you have an Amazon Alexa or Google Home device in your home or office it’s no surprise that voice command has become powerful and accurate. But for the most part voice is still part of the consumer realm. Part of the reason may be because enterprises are not entirely comfortable allowing voice control of orders and process at the scale of business. But it seems that the trend is expanding as companies like HighJump and other supply chain software providers explore adding capabilities to their platforms.

The ubiquitous presence of voice commands through phones using Siri and Google Assistant is moving the user interface farther from typing and even looking at screens. While that capability makes consumer use convenient and simple, the migration to industrial applications is bringing safety and efficiency to the mix of benefits. For its part HighJump is leverating its relationships brought it through its new owner, Korber. The German industrial company brings with it a variety of supply chain enablers, but for its voice component it is partnering with Honeywell.

HighJump is looking to expand its supply chain and logistics offerings by adding a variety of capabilities to its already installed systems. Specifically adding voice control in industrial situations should help to remove several issues related to learning and operating robotics and other warehousing systems.

The company points to five areas in which it expects its customers to see improvements:

Each of these areas has its own legacy uses that because they have been in place for some time, seem to be the best ways to execute. But shifting them to voice control can bring a quantum change to the way things are done and to the ultimate success of the operations.

As an example, accuracy would seem to be at its highest with the use of scanning technologies. But there in conditions where scanning doesn’t work because the worker needs to find a visual path between the barcode reader and the label. In this instance the worker may be able to see the label and read the numbers better and from different angles than can the scanner. The fact that voice translation has become so accurate puts this method at an even higher success rate than can be attained with the scanner.

Other advantages have already been identified and there will be more as the technology is increasingly adopted. For now its important that supply chain software providers follow HighJump’s lead and add voice interfaces to their products.

Read 2025 times
Rate this item
(0 votes)
Tweet
More in this category: « How Global Trade Blockchain Platforms Could Help Streamline Freight Movements from Cargo Ship to Big Rig to Your Door The Impact of Reverse Logistics »