Taxes and Legislation in South Africa and Mexico on E-Invoicing 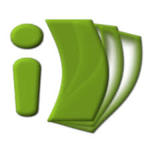 It’s no April Fool’s joke that as of April 1, 2014, new tax regulations take effect in South Africa regarding electronic services.


In January 2014, the South African National Treasury revamped tax laws pertaining to electronic services, effective April 1. As of that date, digital products and services will be subject to a 14 percent VAT (value-added tax). While the National Treasury has still not clarified how it will collect the VAT, and in what denomination the new charges will be made, the statute is still set to take effect on April 1.

In addition, Mexican law does not permit CFDI to distinguish between different types of invoices. That means invoices for goods and services are nearly identical to one another in Mexico by necessitating practically the same XML and stamping requirements. Another change in Mexican e-invoice regulations is that the government outsourced the authority to provide a government stamp on e-invoices to third-party vendors.

Other major changes in Mexico pertaining to electronic invoicing include:

It’s been estimated the new legislation caused nearly 500,000 companies doing business with entities in Mexico to transition to electronic invoicing as of January 1, 2014. Moreover, the failure to collect, validate and store the XML CFDI invoices from suppliers will expose global businesses to audit risks and potential fines.

It’s safe to say that as multinationals increasingly rely on the electronic transmission of communications, including e-invoices, governments worldwide will scramble to enact legislation to keep up.