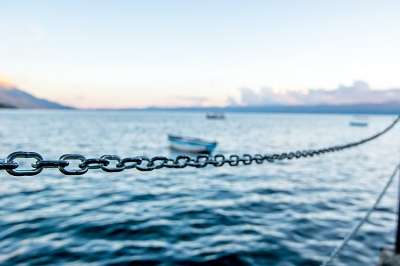 IBM has made two big announcement recently. One is a technology play that brings brings cloud computing up another level and the other is one that brings blockchain technology to reality for the supply chain. While both are independent from a business standpoint they will inevitibly come together in ways that may not be obvious at the moment.

Blockchain reality in the supply chain

I’ve long been a skeptic of using blockchain technologies in the supply chain.  The technology’s most important advantage for cyber currencies have been born out as security, transparency, and immutability. Blockchain has proven so far to deliver all those advantages. But the sticking point for its use in supply chain applications, or any other high volume real time application, has been how long each transaction takes to process (minutes rather than nanoseconds) and the computing horsepower needed to process those transactions. IBM’s TradeLens product is a blockchain based transport system that has the processing speed to address the delays inherent in many other blockchain implementations.

IBM’s joint announcement with shipping giant Maersk highlights its ability to deliver the underlying technology with the performance needed to put blockchain into real life production environments. To be fair, IBM isn’t the only, or even the first to bring blockchain to bear on supply chain issues. Other players like Accenture are in early stages of blockchain deployments, but IBM already has traction with its Food Trust blockchain project in conjunction with Walmart. Where, when, and even if TradeLens overcomes its current obstacles that have more to do with onboarding more partners than any technology issues, becomes a reality is yet to be determined. But however this particular project works out it seems clear that blockchain is usable at scale.

Cloud IS the game

IBM is on track to purchase Linux giant RedHat for approximately $34 billion. The move is important on several fronts that have little to do with supply chain activities but is significant because its estimated that about 90% of the public cloud runs on Linux operating system and 90% of those servers run RedHat’s version of Linux. Even if those numbers are off by a bit it’s clear that RedHat is responsible for a tremendous segment of today’s computing.

Because the cloud either hosts a large amount of computing activity and manages the storage and communication between systems some portion of every company’s supply chain activity is touched by systems running RedHat Linux.

As our transaction volume increases and the speed of transaction updates shrinks what IBM does will be more important to every trading partner. Is your industry ready to deploy some function based on blockchain technology in the cloud? Are the kinds of advantages that blockhchain can deliver even important to what you do? These are questions whose answers will make an impact on the services you choose as you expand or develop new trading relationships.

Last modified on Monday, 29 October 2018
Read 10461 times
Rate this item
(0 votes)
Tweet
More in this category: « Optimizing Multiple Sites To Maximize Capacity Using AI Get a handle on big data and make your supply chain top of its class »