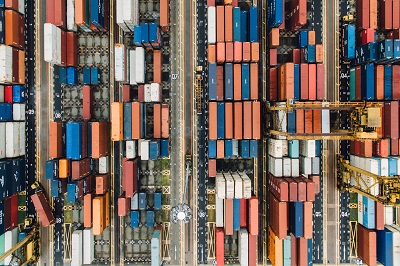 It’s a snowball rolling downhill once a supply chain interruption happens – but what if there was a way to pivot before any disruption to the chain occurs? AI brings new meaning to system integration, and it’s a dramatic shift to the current approach which is a manual process, one that is sometimes sluggish and cumbersome. Including Artificial Intelligence into the supply chain creates an all-seeing rapid-response level of protection against problems that typically halt production. For example, the following is a common scenario:

A production run take place across three (or more) sites, following a prescribed rate of fill quantity or product to manufacture. Site A experiences unexpected downtime on the line, and the site staff investigates. A report goes out about the downtime on the line, and management begins to respond. Line supervisors calculate the amount of product the site will lose, Quality evaluates the problem with the product, Maintenance tries to troubleshoot the problem, and a Manager begins calling other sites, or the corporate office. Multiple people are now trying to determine if raw materials exist at other sites to make up the lost time, and additional time is being spent by multiple levels of management to make a decision—meanwhile there is a disruption to the supply chain.

Now, with the addition of AI, the scenario all but disappears. Technology monitoring Site A sends an alert that a line has gone down, and simultaneously, an assessment program evaluates the capacity of other sites and determines Site C has enough material and capacity to make up the difference lost by Site A. A program monitoring the down line at Site A lets Maintenance know what part failed and orders a replacement automatically, pushed by the same system that recognized the downtime. Order of production quantities increase at Site C, pushed by the same system that discovered its capability. The result is a dramatic absence of factors that cause major, costly delays: no disruption to the supply chain, no excess pull on management resources, and no loss of productivity.

The real advantage of AI is to see and process data faster than human counterparts. In manufacturing, no single person has absolute visibility over the system, and for the process to work, everyone involved must communicate quickly and efficiently. Communication takes time. In the above scenario, a long chain of command passed information from one to the other until the right person had enough facts to make a decision. – Not so with AI. By contrast, adding artificial intelligence components to the system establishes instant communication between sites and suppliers and establishes constant oversight.

The competitive advantage in manufacturing is a thin line, measured by operational efficiency and production costs. Increase efficiency or decrease costs, and the line grows thicker. So, speed is of the essence, and in a race between human capability versus artificial intelligence, there is no contest; the AI timeline is shorter, faster, more accurate, and more productive.

Deborah Huyett is a professional freelance writer with experience working for a variety of industries. She enjoys and works with all types of writing, and she has been published or ghostwritten for blogs, newsletters, web pages, and books. A former English teacher, Deborah’s passion for writing has always been grounded in the mechanics while appreciating the art of writing. She approaches projects as creative challenges, matching voice and tone for any audience.