Just Ignore the Problem - Your Company Will Go Away

Picture if you will, a small record company. The company was beside themselves with joy, with one of their biggest clients being a huge retail store. This was a high volume client, and the company was over the moon with joy to have such a huge customer account, especially since they were just a small business. A cloud gathers over the Accounts Receivable department and their mood darkens as they begin to notice a problem.

A growing number of invoices were becoming extremely delinquent. Not only were they late, some were not being paid at all. The majority of the overdue invoices were hitting the six month mark, and the Accounts Receivable staff was becoming very concerned as to what could be causing these issues with their once loyal and very happy customer. 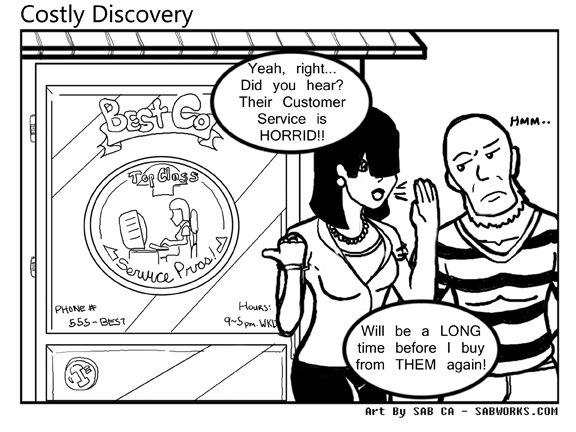 Management called me in to help investigate and the results we uncovered were nothing short of alarming. There was a problem with the invoices... they were being rejected by customers. On the good side, there were records of many, many EDI messages notifying the company of this problem. So, why had they gone unnoticed for so long? As it turns out, no one had noticed. Really, no one had simply noticed. The notifications were not being processed with the same scrutiny (or at all) so no one in the EDI group was noticing due to a problem with the record company's EDI system.

More than six million dollars was lost during this fiasco. Luckily, most of it was recovered, but this was a mistake the company made giving a huge customer an interest free loan resulting in over $150,000.00 in lost interest among other things.

Not so easy to recover, however, has been the company's customer service image and reputation. This fiasco has really wreaked havoc on how their clients, former clients and potential clients see them. They now have a reputation surrounding them of being irresponsible, unprofessional and unreliable, and I'm still working with them to repair the damage that was caused.

How did such a huge problem stem from such a small mistake? How could this company have prevented this disaster? Will their reputation ever be repaired, or is the damage already done? Keep reading to find out more.......